A Piece of Pie 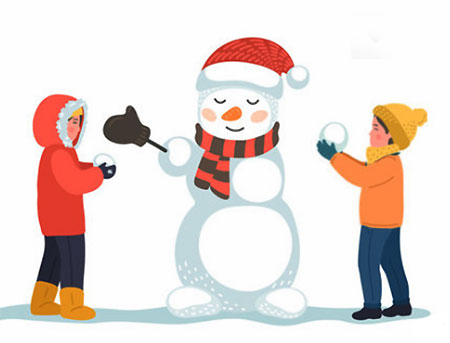 A small village in Florence, in Italy, was covered in snow. The spirit of Christmas filled the air. Schools were closed. Chocolates and stars, Santa caps and yuletide trees were displayed alongside the shops. it had always been the favourite season of David.

David was only ten, but he enjoyed hanging out with the older boys. To be a part of their group with their acceptance and to play with them, David would do anything they might ask.

One day, the older boys were making snowman.

A little disheartened, David explained, “But I do not have any money.”

“Take it from your father’s wallet. Are you afraid?” said one among the boys.

On his way back home, David saw his friend Rhea. Rhea visited school with David, and their parents were friends too.

“What happened, David? Why are you looking devastated? Mother has baked your favourite pie . Why don’t you come home for some?” asked Rhea. Rhea liked David and really cared for him.

Pushing Rhea roughly to the side, David exclaimed, “Don’t ask me!” and went home, leaving her in tears.

A confused and desperate David tried to steal money from his father’s wallet and got caught red-handed!

“What are you doing David? Are you stealing money?” disappointed David’s father asked in dismay.

“I am so sorry father. I will never steal again,” said David in tears.

David’s father wanted to know what made David so desperate, that he began to steal, as he has never shown such behavior before. “What happened son? I never expected this from you,” said his father.

Bursting call at tears, David said, “Those boys I tried to befriending asked me steal it from your wallet.”

Father smiled and picked up David in his arms, and explained, “Son, true friends will never ask you to steal. Be friends with people that will have your best in their interest and can never encourage you follow the incorrect path.”

David understood what his father said and never cared to play with the older boys again, or to be friends with them. He also went to Rhea’s home to say sorry to her, and had the pie together.

Kodaikanal – The Gift Of The Forest