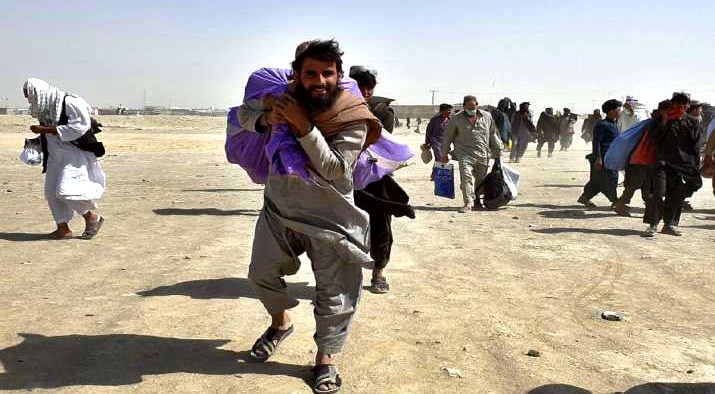 If you want to know, what is terror? Just watch latest situation of Afghanistan. One terrorist group captured all over the country, government and army can’t stop them, looks like it’s totally failure. Here question is, who are the responsible for such situation!!, because just 70 – 80 Thousands Taliban dominated to 3 lakhs of trained solders, this things tough to believe. The leaders who are elected by citizen, they ran away over the night to leave their peoples for dies, it’s tough to tolerate. Citizens of any country expecting such things from their government!!??

One more deception full step of America, left to Afghanistan in middle, this is not the first time, they have bad record in internal matter of other countries, example Vietnam, Iraq, etc. they entering internal matter of small country’s to say they doing for maintain peace in world and for help, but in the bad situation they always run away just to say “taking step for their peoples, we have only commitment for own peoples”. It’s, mean “American First” , Only American lives matter for them, other’s countries lives not matter!!. I think after the Afghan matter this sentence “American first” going to very shame full sentence in human history.  But here the worlds have to learn from history, and history says America never trustful.

Then after coming UN (United Nation), here whole world just wants to know, what is the real job of United Nation!!?, because we learned that, United Nation formed for maintain peace in the world, but they never taken any big steps on peace matter else pass statements and finding human rights on terrorists. I scare, Afghan incidents may not arise question mark on existence of United Nation, we appealing to United Nation, fallow your commitment take some steps for innocent peoples who are crying there.

Feeling sad to see that, solders knee down, leaders ran away, other countries watching just like an audience and Afghan people’s eyes are wet, bodies are red. This incident going to leave a strong message that only we can help our self, no others are going to help out, this quote applying in peoples and countries both.

Tags:
Previous Article
Tit for Tat Lesson
Next Article
Freedom of Speech vs Freedom of Corruption (In Hindi)